Even if you’re trying to eat healthy and cook at home, sometimes you’re going to have to eat out.  Whether it’s getting together with friends, a special dinner with your spouse or grabbing something because it’s been a hectic day, there are an infinite number of food choices to make.  You may have noticed some restaurants have begun to add calorie counts and other nutritional information to their menu, which can be very helpful in trying to make healthy choices.

Fast food giant, McDonalds, been posting calorie counts for menu items in 2012 and even created an app for customers to look up nutrition information on their offerings.  Other chain restaurants like Panera Bread also post calorie counts on their menus. But, many other popular chains have not stepped up and in fact, lobbied against legislation that would require them to reveal nutritional information.

This year, just before the deadline for that legislation, lobbyists for pizza chains (led by Domino’s), convenience stores, and supermarkets convinced the Trump administration not just to delay but to reopen the rules to weaken them, according to the Center for Science in the Public Interest (CSPI).  When you see the calorie counts on some of CSPI’s 2017 Xtreme Eating Award winners, you might understand why the restaurant chains want to keep this information under wraps. 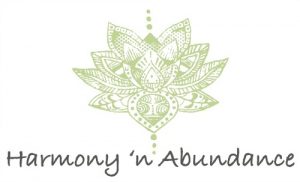